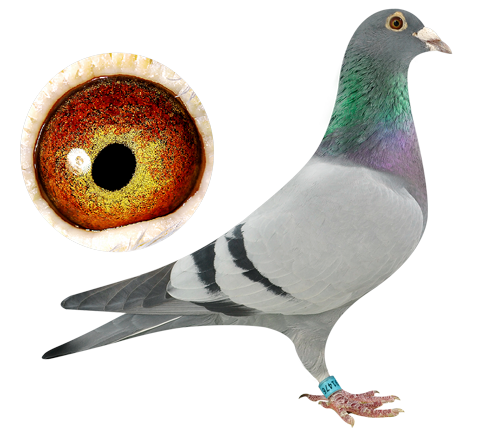 The inheritance of the ‘Oude Kruk’

The foundation for the marathon pigeons at the breeding centre was laid with OUDE
KRUK, a 100% Aarden cock from Gerard v/d Kruk (Lepelstraat, NL), which is not
surprising, given the enormous contribution Piet made to the creation of Jan Aarden
strain. OUDE KRUK, with ring number NL80-8016163, developed into an exceptional
breeder. He is the father, grandfather, and great-grandfather of no less than six
national winners, and several national ace pigeons. 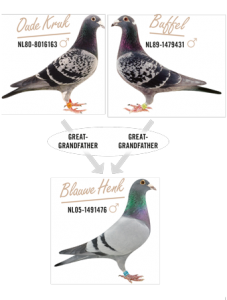 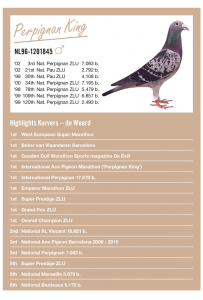